What is Main Street Bucksport All About?

Main Street Bucksport's mission is to build a more vibrant and sustainable downtown by engaging community members, local leaders, and visitors, supporting entrepreneurship, and celebrating downtown assets. We are a network community of the Maine Downtown Center and affiliated with the Main Street National Program. For centuries, the Bucksport Bay Area has called to visitors from near and far, enticing them to visit — and often, to stay. In 2021, we were named the USA Today #1 Small Coastal Town. Business-friendly, our community has many assets: fresh and salt water recreational areas, a historic theater, small shops and unique restaurants - all with ample parking. The riverwalk (see photo right) is a 1mile+ path along the shoreline that features unique art pieces, our Veterans' Memorial, benches and bathrooms! Bucksport has a 500 seat performing arts center, numerous athletic fields and local sports, churches and civic clubs. Town government services are assessible and responsive. Main Street Bucksport works collaboratively enhance these assets and support events and community projects. 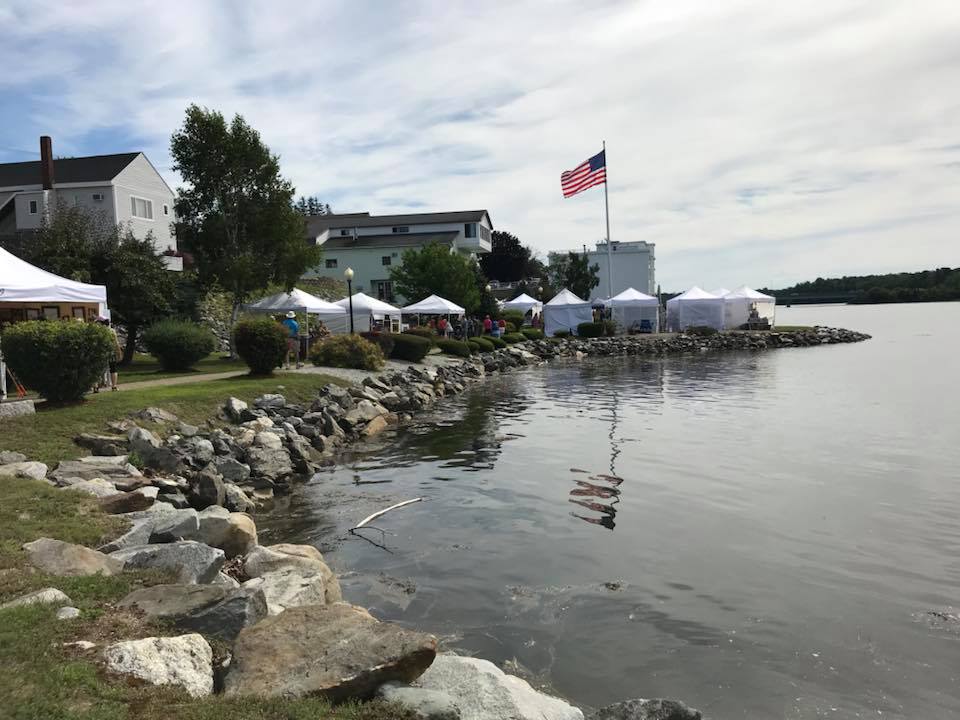 American cities and towns were built around downtowns that supported thriving local economies, were rich in character, and featured public spaces where residents and visitors gathered. The advent of malls and then online shopping meant many downtowns struggled to stay alive. In response, the Main Street model was created. Now it is a nationally proven approach to build and sustain a strong downtown the community utilizes and is proud to call their own. Main Street Bucksport is part of a network of 27 Maine communities and several thousand across the country that are utilizing the Main Street model to enhance their downtowns. Main Street Bucksport (MSB) is playing a role in the reinvention of Bucksport by focusing on downtown.

MSB formed in early October 2014 shortly after the mill closure was announced. A group of downtown business people and residents came together to explore creating a Main Street program in Bucksport. The group learned that the Town of Bucksport had been paying dues to be a network community in the Main Street Program but the program was dormant.

After spending much of 2015 learning more about the Main Street model and getting organized, MSB applied for 501c3 incorporation and did the things

new non-profits must do: forming a Board of Directors, adopting by-laws, and creating a logo and website. MSB began hosting events downtown – two Pecha Kucha nights to generate conversation about the future of the community – and helping with holiday pop-up shops, promoting Small Business Saturday, and local holiday shopping.

In October 2016, MSB gained a volunteer Executive Director leading to a paid part-time Director in April 2017.This enabled MSB to take on two existing events – the Bridge the Gap Race and the Arts Festival – from volunteers who were no longer able to coordinate them . The addition of the International Maritime Film Festival created an annual roster of significant downtown events throughout spring, summer, and fall. In 2018, MSB added a monthly networking coffee hour for business owners and Kids on Main. MSB also hosted grant-funded projects including The Buck (Didn’t) Stop Here and a filmmaking project with students from Bucksport High School. Over 6,000 people attended MSB’s downtown events in 2018.

With rapid growth within its first three years, MSB secured grant funding for strategic planning. Interviews conducted to inform the planning process indicated that Bucksport is changing quickly. Main Street Bucksport is supporting these changes with its strategic plan and four goals:

Goal 4: Build organizational capacity to carry out the strategic plan.

MEET OUR BOARD OF DIRECTORS

Main Street Bucksport operates on a calendar fiscal year. We are a non-profit 501(c)3 organization with one part-time employee and a volunteer Board of Directors who oversee fiscal management and the work of the Executive Director. In the spirit of transparency, we invite you to review our annual budgets. These budgets are also submitted to the Town Council during our annual funding request in the spring and are made publicly available on the Town’s website. Budgets from previous years show actual end of year figures. The current year budget is the one approved by the Board and serves as our guiding financial document. MSB received 501c3 status late in 2016 so official budgets are not available prior to 2017.